A pain in your wisdom-tooth area often creates a little bit of uncertainty: is or isn’t it your wisdom tooth? If you feel that pain and explain it to someone they may say, “You’ll know it if it’s your wisdom tooth,” and have a pained look on their face. It helps to know that the pain at the back of your mouth might actually be something worth thinking about, but is it a long-term wisdom tooth issue or a short-term one? Questions arise which are difficult to answer. Here’s what you should know about wisdom tooth pain. 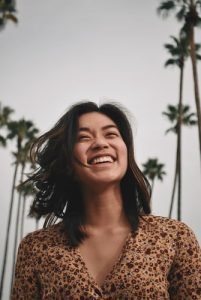 You can have four wisdom teeth. One in each corner of your mouth. These are the last which come through in your life – though, sometimes they don’t come through. You could end up with one, two, three, or none. These are, also, the teeth which often cause the most problems for people, both on their own as they are and because they trigger secondary effects.

In general, irrespective of what diagnosis you think might be coming, it’s important you see medical professionals. There are home remedies which can help infections or sooth pain, the likes of salt water and aspirin, among others. However, medical professionals will be the only ones who can alleviate the long-term effects safely and conclusively. Millions of Americans and hundreds of thousands of Canadians get their wisdom teeth removed every year. It’s a common treatment for the source of many common problems. Birch Dental Group in Broadway, Vancouver suggests that you can get them taken out before they become a serious problem later down the line, should that be a course of action suitable for the patient. It’s about being proactive, yes, but, also, knowing what’s right – and professionals are the best bet.

Wisdom teeth can erupt causing issues on arrival. As they come through, there can be pain, much like all those which came before. However, they are entering a crowded mouth as the adult teeth are already developed and settled. Squeezing themselves in can mean they erupt at an angle or don’t fully appear as they can’t push beyond the teeth already present. This is what is known as an impacted wisdom tooth. This pain will likely be persistent.

The eruption may be painless. You may not realize that they are on the scene now. However, they can leave your gum vulnerable, especially if it’s only partially erupted. Bacteria and food can get stuck and cause an infection, an abyss, a cyst, or a gum disease. This will all be more obvious pains. You may see a swelling around the affected tooth just by looking at your face in the mirror too, for instance. A bad taste in your mouth or smelly breath can also indicate there is a problem you should be trying to fix. These are other symptoms to look for.

As mentioned above, the likes of salt water, aspirin, and ibuprofen can help alleviate the pain and even help encourage healing.

Surgery is another very likely solution. The dentist will use an anesthetic – local, sedation, or general – to perform it so you won’t feel a thing. It’s a short procedure, thirty to sixty minutes. The immediate aftermath of these surgeries are often documented by family members and friends for future use and entertainment. It’ll take a few weeks for total recovery. Soft foods will be on the menu during the early portion of recovery and there will likely be discomfort but the long-term benefits will be obvious.

The Best Ways to Protect Yourself from the Sun