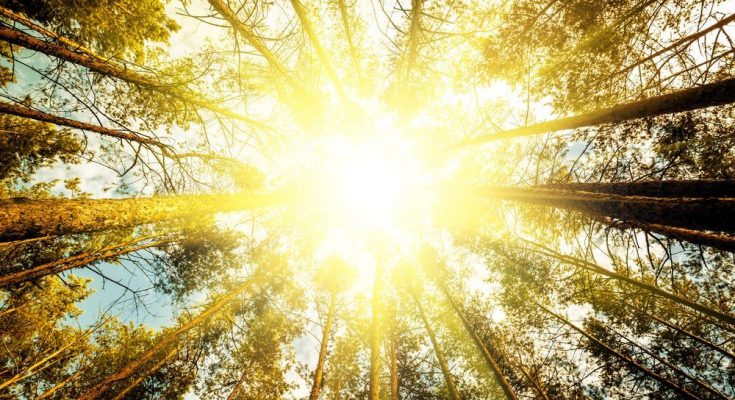 Get to know your vitamin D levels and manage your intake to maintain a healthy life.
By Craig Gustafson

From its discovery in the early twentieth century as a cure for rickets, a syndrome characterized by malformed bones, vitamin D was just another vitamin. In 1980 all that changed when Dr. Michael Holick solved the mystery of how this nutrient is produced by our bodies in the skin.

Since then, research has expanded our understanding of vitamin D, but the discovery is not yet complete. Hundreds of studies concerning the effects of vitamin D are now released annually.

What is Vitamin D?
When you hear people talking about vitamin D or vitamin D deficiency, they are most likely referring to vitamin D3—also known as cholecalciferol—which is a nutrient produced by our bodies that has been connected to many body functions and conditions. Vitamin D may also refer to vitamin D2—also known as ergocalciferol—which is a nutrient produced by fungus (think mushrooms).

Vitamin D3 is produced by our skin (and the skin of other animals) when rays of light in the ultra-violet spectrum (UVB rays) are absorbed. When those rays hit your skin, the energy in that wavelength triggers a thermal reaction in a substance in our bodies called 7-hydroxycholesterol. This in turn is converted to the active form of vitamin D3, which functions in the body as a hormone.

Your body is a powerhouse. After only 30 minutes of sun exposure during the summer months, your body is capable of producing as much as 50,000 IU of vitamin D over the following 24 hours. But in the winter months when the sun’s UVB rays are not as strong (especially for those of us in northern latitudes), adding a vitamin D supplement is a smart move.

Vitamin D is not actually produced by your skin. Skin is just the place where the vitamin D precursor is close enough to the limits of your body to absorb UVB rays, so this is where the transformation happens. Once transformed by UVB rays (or released through a consumed supplement), it enters the blood stream where it is used by the body or stored in fat cells. Unfortunately if you are deficient in vitamin D, you will not store any–all of the available vitamin D is used immediately by your body.

Sun Phobia vs. Healthy Exposure
Humans lived out in the sun for thousands of years before the rise of dermatologists and sunscreens. While sun exposure has been convincingly linked to some skin cancers, the fear of melanoma has caused many people to shun the sun and lather themselves with lotions that block the UVB rays that are so critical to our overall health.

If we don’t get exposed to enough UVB rays, our bodies can’t make enough vitamin D. So when you reach for your sunscreen rated at SPF 8, you are reducing your vitamin D production by about 92.5 percent. The active ingredients in sunscreen are designed to absorb the UVB radiation and stop it from reaching your skin. A rating of SPF 15 reduces UVB absorption by about 99 percent.

Holick recommends spending a reasonable amount of time in the sun without protection on a regular basis. “If you know that you’re going to get a mild sunburn after 30 minutes, I recommend about 10, but no more than 15 minutes of arm and leg exposure…2 to 3 times per week,” he says.

But always remember to wear sun protection on your face. It is the most sun-damaged area of your body, and it is only about 9 percent of your total body surface, so it doesn’t provide you with that much vitamin D. So get outside and enjoy yourself, get some sensible sun exposure, then apply sunscreen
if you plan on staying outside longer.

Got darker skin? Holick says people with darker skin pigmentations, such as African-Americans, are walking around with an SPF of 8 to 15. “That’s why they need to be exposed for much longer periods of time, and why people of color are at a much higher risk of having a vitamin D deficiency.”

Vitamin D Management
For much of the world’s population, geographic locations and skin pigment can hinder our ability to produce enough vitamin D. That’s why it’s necessary for many people to manage their vitamin D levels through supplementation. Unfortunately, diet is not a complete option, as foods as a rule are relatively low in vitamin D when compared to at the amounts your body needs.

According to Dr. Joseph Pizzorno, ND and editor in chief of Integrative Medicine: A Clinician’s Journal, a vitamin D3 supplement provides the same nutrient produced in humans, and is equally effective in any form: liquid, gels, or tablets. The question of how much to supplement is highly individual, and Pizzorno recommends having your level measured through a blood test.

You may choose to begin supplementation at a fairly typical rate of 5000 IU per day for 2 to 3 months, and then get tested. From there, supplementation can be adjusted up or down based on what you see. Holick also adjusts his personal intake by the season, choosing to spend the summer months adhering to regular sun exposure, and supplementing only on days when he can’t get outside.

Impact on Disease
Once the metabolism of vitamin D was understood, its link to bone health was discovered next. “Once it was appreciated that the activation of vitamin D occurred in the kidneys, it instantly became obvious…why patients with kidney disease had severe bone disease and had a resistance to vitamin D,” says Holick.

The role of vitamin D in calcium metabolism was discovered soon after this, and the effects of this relationship are still being explored. A recent study released in the Journal of Nutritional Biochemistry reveals evidence that antiinflammatory properties of vitamin D result in stronger bone regeneration and may influence arthritic conditions.

In particular, connections to cancer, cardiovascular disease, and multiple sclerosis came from looking at where the conditions were occurring, geographically. These connections found that populations in higher latitudes have a higher rate of these diseases the farther they live from the equator. Exceptions to this rule are often people that don’t get enough sun exposure.

“It’s estimated that if you take 1000 IU of vitamin D per day, which most experts recommend for everybody, both children and adults, you can reduce your risk of developing colorectal, breast, prostate, and ovarian cancer by approximately 50 percent,”
says Holick.

Vitamin D has an immense impact on our lives. “Because every tissue and cell in your body has a vitamin D receptor, we think that vitamin D acts as a sentinel for your health in that it will control cell growth,” Holick says. “If the cell growth becomes malignant, it will either return the cell to normal or induce apoptosis, cell death. Once the malignant process begins, unfortunately, cancer cleverly…becomes resistant to the beneficial effect of the active form of vitamin D. This is why it is so important to be vitamin D sufficient throughout your life.”

Partner Nutrients
Did you know that bringing vitamin D up to optimum levels may actually accentuate a deficiency in one or more essential nutrients?

This situation can be mistakenly described as vitamin D toxicity, when the real cause is a scarcity of a nutrient vitamin D needs to function properly. Research shows that vitamins A and K are important when boosting intake of vitamin D. Vitamin A helps regulate the ability of vitamin D to boost calcium metabolism; sort of like keeping the process from overheating. A vitamin A supplement of 3000 IU per day is recommended by Joseph Pizzorno, ND and editor in chief of Integrative Medicine: A Clinician’s Journal, to complement optimum vitamin D levels.

Vitamin K affects blood clotting and prevents calcium from being deposited in soft tissue and arteries, which can cause real problems. Pizzorno recommends 75 mcg of vitamin K per day. In particular, look for MK7, but do not supplement with MK7 without talking to your doctor if you are taking blood thinners.

Magnesium is required by all of the enzymes that metabolize vitamin D. It also seems that magnesium is best absorbed from food, so a handful of seeds or nuts each day, as well as drinking mineral water (or hard tap water), and eating green vegetables will help immensely. Magnesium is also present in several vitamin D supplements, so check the label.

A molecule of zinc is present in the interface of vitamin D receptors throughout the body, and boron is involved with vitamin D interaction with cell walls.

How to Beat A Sugar Addiction

Can You “C” a Difference? 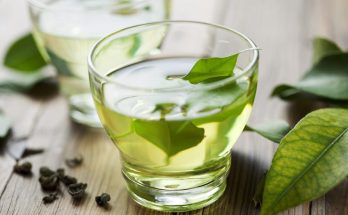