The brain is a voracious consumer of the body’s blood and oxygen supply. Of the blood flow from the heart, roughly 20 percent goes straight to the head. Although a tissue-paper thin barrier protects the brain from direct contact with blood (a safeguard against potentially harm-ful toxins), nutrients easily pass through the blood-brain barrier. Circulation is what connects heart disease to dementia, says Decker Weiss, ND, a naturopathic physician at the Arizona Heart Hospital in Phoenix. “The same things that help the heart to beat help the brain to work.”

Experts know that vascular disease, such as stroke and diabetes, ups a person’s risk of Alzheimer’s disease. But the exact relationship between the two problems is murky. Vascular disease and Alzheimer’s clearly overlap, according to Kenneth Langa, MD, PhD, a dementia expert at the University of Michigan, Ann Arbor. “Tantalizing research says these two things are not just coexisting but that the vascular risks actually cause Alzheimer’s,” he says.

Langa says his research armed him with new tools to coerce his heart-disease patients into eating right and exercising. “For some people, the idea that brain health is connected to heart health is a radical idea,” he says. During office visits, he tells his patients to do what their mothers and doctors have been telling them forever—watch their diet and stay active. “It’s not rocket science,” he says. “The key is to remember you’re getting two bangs for the buck. You’ll not only prevent a heart attack, but also keep your mind sharp as you age.” While Langa’s advice is a good starting place, consider acting on one or more of the following tips to avoid a future brain drain.

1. Take B vitamins
All vitamins help keep the body running like a well-oiled machine, but your brain, in particular, benefits from Bs. New research highlights the importance of B vitamins in protecting seniors from stroke and dementia, two main causes of disability in the elderly. Specifically, B vitamins can help quench homocysteine, an amino acid that damages blood vessels. In 2002, a study published in Stroke: Journal of the American Heart Association found people with moderately high levels of homocysteine had a more than fivefold increased risk of stroke and a threefold increased risk for Alzheimer’s disease compared to those with low levels of the substance in their blood.

2. Try ginkgo
Extracted from the ancient ginkgo tree, ginkgo (Ginkgo biloba) is considered the best of all brain-boosting supplements on the shelf. Studies of people with Alzheimer’s disease show that ginkgo enhances blood flow to the brain and ameliorates memory recall. It also adds tone and spring to aging blood vessels. In addition, ginkgo is a potent anti-inflammatory and antioxidant. “Ginkgo will be one of the most valuable herbs for the next 100 years,” Weiss says.

For minor memory loss associated with aging, take 40 to 60 mg of ginkgo biloba extract (GBE) three times a day. For Alzheimer’s disease, up each dose to 80 to 120 mg three times per day. Ginkgo is generally safe for long-term use; however, the extract does thin the blood and can clash with some medications, especially blood thinners. So if you take prescription drugs, consult with your doctor before tossing ginkgo into the mix and make sure not to take it before a surgery.

3. Snuff out
Inflammation comes to the rescue when the body is hurt or ill, but the immune system’s Dr. Jekyll can morph into Mr. Hyde if the inflammation switch gets stuck in the “on” position.

Chronic inflammation, whether from an irritated bowel, inflamed gums or autoimmune disease, weakens 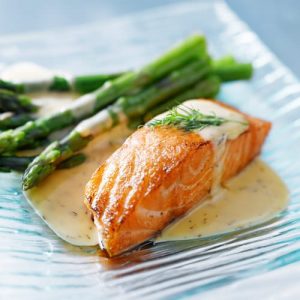 arteries in both the heart and the head. Making the arteries more vulnerable to rupture, the damage opens the doorway to heart attack and stroke. The key to prevention is keeping an eye on the early warning signs. “Inflammation is cumulative. It may end up in the blood vessels, but that’s not where it starts,” Weiss says. “If you have inflamed joints, gums or gastrointestinal tract, your whole body is loaded, and the immune system will hype up heart disease progression.”

The good news is you can combat inflammation naturally by bulking up on specific foods, herbs and supplements. Start with omega-3-rich fish. People who eat two servings a week of coldwater fatty fish, such as mackerel, wild salmon and tuna, cut their risk of heart attack, stroke and Alzheimer’s disease, according to dozens of scientific studies. If you aren’t a fish fan, consider taking fish oil supplements ( between 1,000 and 2,000 mg daily). Other supplements to help douse the fire include turmeric (400 to 600 mg three times per day) and ginger (500 to 1,000 mg twice per day).

If you’re still concerned about inflammation, ask your doctor to test your C-reactive protein levels (CRP for short). A blood marker for inflammation, levels of CRP creep up as inflammation heats up. Although the CRP test is not yet considered standard fare, its use is becoming more mainstream.

4. Exercise your brain
You know exercise ensures muscular brawn, but it’s easy to forget the brain’s need for heavy lifting. The importance of performing mental gymnastics was first foretold by a 2002 study published in JAMA. For the research on mental acuity and aging, scientists at the Rush Alzheimer’s Disease Center recruited 801 Catholic nuns, priests and brothers from around the United States. All were at least 65 years old, and none had a clinical diagnosis of dementia. The seniors completed a survey designed to measure, among other things, how much time they devoted to seven different activities, ranging from watching television to playing card games.  I see lots of older folks who are readers stay sharp while those who watch TV melt into the couch.”

5. Get diabetes under control
If you have diabetes, you have extra incentive to pamper your brain. Diabetes puts people at a higher risk of dementia. Experts know that diabetes is damaging to blood vessels, but they are just beginning to understand the relationship to dementia.  “Some people think of Alzheimer’s disease as diabetes of the brain,” according to Rachel Whitmer PhD.. “More and more evidence shows that insulin plays a direct role in the neurodegeneration seen with Alzheimer’s.”

If there’s a final analysis to be made here, it might be that while eating right, exercising and taking vitamins and supplements might not be, as Weiss says, a rocket-science Rx for heart and brain health, it’s one each of us can follow with relatively little pain in exchange for considerable long-term gain.

How to Make Thanksgiving a Time for Gratitude

It’s All Connected: The Gut-Brain Axis