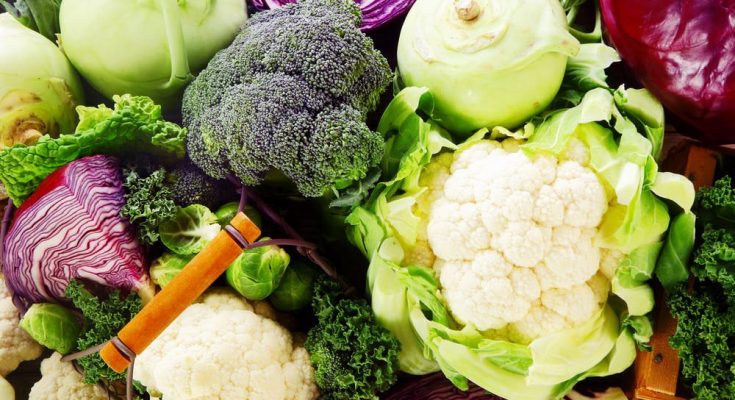 Anti-aging. We see the term everywhere, from magazine covers and supplements labels to beauty creams and exercise regimes—all promising to make us look and feel younger. While you can’t avoid getting older, one thing is clear: The foods you eat play a crucial role in keeping your body healthy and your brain functioning well into your senior years. “Many or most of the diseases of aging, like cancer, cardiovascular disease, osteoporosis, Alzheimer’s, and arthritis, can be prevented by changes in diet alone,” says Shari Lieberman, PhD, author of The Real Vitamin and Mineral Book (Avery, 2007).

Researchers and nutritionists agree that eating an abundance of antioxidants, monounsaturated fats, and omega-3 fats can help you stay strong, healthy, and looking fabulous through the years. Start with the following 10 foods, all rich in these key nutrients. They’re easy to incorporate into your diet, and they all taste good, too.

Berries are packed with polyphenols, antioxidants that we know guard against age-related changes in the brain. “Polyphenols work in two major ways,” says Christopher E. Ramsden, MD, a nutritional biochemist and author of Nutrition by the Numbers (Applied Nutritional Biochemistry, 2008). First, they donate an electron to harmful free radicals in the brain, which neutralizes the free radicals and keeps them from causing damage to the brain cell membranes. Second, polyphenols block the body’s production of compounds that cause inflammation, which encourages the formation of amyloid plaques that damage the brain by killing neurons. Cherries, cranberries, and prunes also contain an abundance of these protective polyphenol compounds.
How much to eat: At least half a cup a day. Try to consume a variety of berries throughout the week, says Ramsden, because the body absorbs and uses each of them in slightly different ways.

Cruciferous vegetables like broccoli and kale contain a chemical compound called diindolylmethane (DIM), which, studies show, protects women against age-related hormonal changes. “As we age, the body’s ability to metabolize estrogen tends to decline,” says Lieberman. “DIM helps the body metabolize estrogen into a safer, more usable form, so it becomes protective against breast cancer and cancers of the reproductive organs.” Crucifers are also rich in indole-3-carbinol, a potent cancer-preventive nutrient. Research shows that it slows the ability of cancer cells to grow and multiply, and helps keep pre-cancerous cells from developing further. Other cruciferous veggies include cauliflower, cabbage, Brussels sprouts, turnips, and mustard greens.
How much to eat: 1 cup, at least four times a week.

Garlic contains a compound called allicin that helps protect the heart in several important ways. “Garlic helps lower blood cholesterol, and slows down the development of atherosclerosis and hardening of the arteries by decreasing the thickness of blood,” says Carl Germano, RD, a clinical nutritionist in Basking Ridge, New Jersey. “Studies have also shown garlic may help lower blood pressure.” Thinner blood and lower blood pressure allow the blood to flow more freely through arteries, making it less likely to cause the tiny tears and other artery damage that eventually results in decreased blood flow to the heart.
How much to eat: One raw clove a day, if you can stomach it. Otherwise, toss a clove into cooked food three or four times a week.
Turmeric, used mostly in curry powder and Indian cuisine, may benefit the immune system. Animal studies suggest that turmeric may help prevent autoimmune diseases such as rheumatoid arthritis. When the immune system is overstimulated, it’s more likely to turn on itself, attacking and damaging its own tissues, which is the case in arthritis. Studies also suggest that curcumin may strengthen the immune system, says Ramsden. This not only protects against arthritis, but it helps us fight off infection—especially important as we age and our immune system functions less efficiently.
How much to eat: 1/2 to 1 teaspoon of turmeric, three to four times a week.

Beans pack an anti-aging punch because they’re loaded with lignans, a type of phytoestrogen that protects against breast cancer in post-menopausal women. In one new study, women who ate a diet high in lignans had a 17 percent reduction in breast cancer risk. “Lignans help protect the body from xenoestrogens, toxic compounds resulting from hormones in meat, dairy, and other sources that mimic natural estrogens,” says Lieberman. “These wreak havoc on the endocrine system and can increase the risk of hormonal cancers.” Lignans also help protect against a variety of other cancers, including colon cancer. Additional sources: flax seed and lentils.
How much to eat: Half a cup of beans, two or three times a week. (The more variety you have, the better.)

Tomatoes are rich in lycopene, a relatively hard-to-get antioxidant that protects against cardiovascular disease by lowering cholesterol. A recent study found that eating tomato paste significantly lowers harmful LDL levels and increases protective HDL levels.. “The lycopene in tomatoes also reduces the risk of heart attack and stroke by preventing platelets from clotting in much the same way aspirin does—without the side effects,” says Steven Pratt, MD, author of Superfoods Health Style (HarperCollins, 2006). Other studies show that tomatoes reduce the risk of prostate and breast cancer, and protect against skin damage from the sun. Research shows that eating tomato paste or tomatoes cooked with olive oil offers the most benefit, because processing and cooking break down the tomato’s cell matrix and make the lycopene more available. Furthermore, eating tomatoes with olive oil increases our absorption of fat-soluble lycopene.
How much to eat: Aim for half a cup of cooked tomatoes daily or at least twice per week.

Spinach contains carotenoids, plant pigments that have powerful antioxidant effects. One of these carotenoids, lutein, is especially helpful in protecting the eyes from macular degeneration. Researchers think it works by donating an electron to harmful free radicals in the lens of the eye, which prevents them from causing damage. In a similar way, carotenoids also neutralize free radicals in the skin, which slows down the aging process—and the appearance of wrinkles, says Nicholas Perricone, MD, a clinical dermatologist and author of The Perricone Promise: Look Younger, Live Longer in Three Easy Steps (Warner Books, 2005). Other dark green, leafy vegetables like kale, chard, and collards also contain lots of carotenoids, as do orange-red fruits and vegetables like carrots, pumpkin, and red bell peppers.
How much to eat: A cup of spinach, three times a week.

Green tea contains epigallocatechin gallate (ECGC), another potent polyphenol antioxidant that helps prevent the formation and growth of tumors and encourages apoptosis, or death, in cancer cells, says Germano. Over time, free radical damage can cause the body’s cells to lose their ability to regulate growth and division; the result is cancer. ECGC works by binding to free radicals, which keeps them from damaging cells’ DNA. A recent study found that green tea also protects against sun-related skin cancer by reducing DNA damage caused by UVB rays. “Another remarkable finding is the power of EGCG to reactivatedying skin cells,” says Perricone. “Researchers consider this energizing of dying skin cells to potentially benefit skin diseases such as psoriasis, ulcers, rosacea, wounds—and, yes, even wrinkles.” Drink your green tea caffeinated, says Pratt; the decaffeination process removes about 50 percent of the protective antioxidants along with the caffeine, which studies have shown may also protect against sun-related skin damage and skin cancers.
How much to drink: One or two cups a day should suffice, says Germano, but if you can tolerate the caffeine, drink as many as four to six cups a day.

Salmon has a potent anti-inflammatory effect in the body, thanks to its high omega-3 content. “There’s growing and widely accepted evidence that persistent, low-grade inflammation plays a role in age-related disease, from cardiovascular disease and cancer to Alzheimer’s,” says Ramsden. Persistent inflammation leads to tissue damage and, eventually, to cell death. Studies also suggest that omega-3 fats may help prevent mood disorders and depression—conditions that increase in likelihood as we age. One study of older Americans found a link between lower levels of omega-3 fats and a higher risk of depression. Whenever possible, opt for wild Alaskan salmon, which may be even more beneficial than farmed salmon.
How much to eat: 3 ounces of wild salmon, three to five times a week.

Olive oil is rich in healthy monounsaturated fats, one of the few fats that may lower LDL and raise HDL cholesterol levels. Studies show that monounsaturated fats are especially effective at preventing the oxidation of LDL cholesterol, an important factor in cardiovascular disease, says Germano; when LDL cholesterol oxidizes, it’s more likely to form plaque in the walls of the arteries. Monounsaturated fats also keep skin cells supple, glowing, and wrinkle-free, says Perricone. “Hydroxytyrosol is an antioxidant compound that can actually slow the aging process in the skin by stabilizing the cell plasma membrane, which lines the cells’ walls.” Other foods high in monounsaturated fats: avocados, almonds, and most other nuts.
How much to eat: 2 to 3 tablespoons of olive oil a day, or a handful of olives.

Check out these amazing recipes that will keep you looking young for ages to come:

Salmon in Green Tea and Ginger with Honey-Miso Glaze 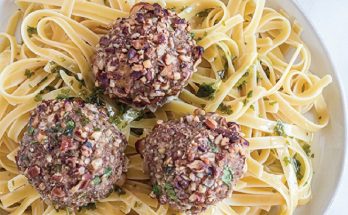