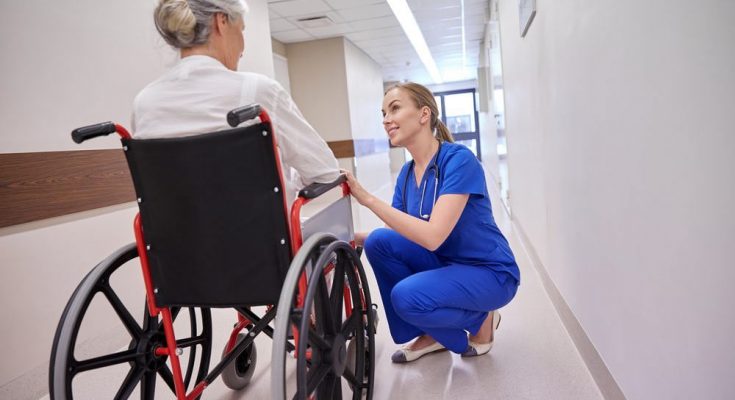 Get your life back with these alternative therapies.
By Jessica Cerretani

Goldberry McClure’s multiple sclerosis (MS) diagnosis came as a mixed blessing. “In a way, I was relieved because I finally had an explanation for my overwhelming fatigue and muscle pain,” says the Fort Collins, Colorado, resident. “But I was scared about the course the disease would take and the drugs I’d need to use to treat it.” McClure, 38, isn’t alone. Approximately 400,000 Americans live with MS. And although a cure has yet to be discovered, addressing the fatigue, pain, and immobility and slowing the disease’s progression can allow people who suffer from MS to live active, healthy lives long after diagnosis.

MS is a particularly frightening diagnosis because it’s often debilitating—about 25 percent of patients wind up in a wheelchair—and highly unpredictable. The disease’s wide range of symptoms and manifestations makes it nearly impossible to know what to expect.

Like other autoimmune diseases, MS causes the body’s T cells to attack healthy tissue. What makes MS unique is that these immune cells, not usually able to cross the blood-brain barrier, manage to enter the central nervous system and attack the protective substance, called myelin, that surrounds nerve fibers in the brain and spinal cord. (Imagine if you were to strip the black plastic cover off of your cable or electrical cords, exposing the delicate wires inside.) Known as demyelination, this process creates inflammation, which attracts even more immune cells, triggering a destructive cycle. Scar-like lesions form on the nerves and interrupt communication between the brain and the rest of the body. Depending on which nerves are affected, symptoms can include fatigue, pain, problems with balance and coordination, and even memory loss and mood changes.

It’s unclear exactly why immune cells turn against the body. “There appear to be several possible mechanisms responsible,” says Laurie Mischley, ND, director of Seattle Integrative Medicine and author of Natural Therapies for MS (Coffeetown Press, 2010). “Many experts believe that MS is at least partly caused by a virus, though we don’t yet know which one.” There are a number of common but little-known viruses that have been shown to cause demyelination in people and animals.

Genetics seem to play a role; having a parent or sibling with MS increases your risk for the disease. It’s also at least two to three times more common in women, suggesting hormones may somehow contribute to its development. Where you live may influence your risk too: Countries farther from the equator typically have higher MS rates, possibly because their residents tend to have lower levels of vitamin D. This nutrient, which the body produces naturally when exposed to sunlight, is believed to help protect against autoimmune diseases like MS.

Conventional treatments for MS try to slow its progression and ease symptoms but don’t cure or reverse the condition. The most common medications include interferons—injectable drugs that can reduce the number and size of brain lesions and may decrease relapses by slowing inflammation. Newer treatments like the intravenous drug Tysabri appear to prevent immune cells from attacking myelin and have shown to slow the course of MS. Neither type of drug is without side effects, however: Interferons can damage the liver, while Tysabri has been linked to a higher risk of a rare but often-fatal brain infection. Still, such medications in combination with complementary therapies can help people with MS get their lives back.

In addition to her conventional meds, McClure made a few basic changes that yielded excellent results. Some 300 pounds at her heaviest, McClure dropped nearly half her body weight after her diagnosis by cutting out meat and adding fresh fruits and veggies to her diet. “Being diagnosed with MS inspired me to take better care of myself—that includes eating well and losing weight,” she explains. “Getting healthier has made me more energetic.” McClure now takes the stairs to her third-floor apartment with ease and recently completed a 150-mile benefit bike ride. Here’s how you can get started on your own road to relief.

Ease inflammation
“Since inflammation is a key contributor to demyelination, anything that eases inflammation helps treat symptoms and decreases the potential for more nerve damage,” explains Patricia Ammon, MD, a Ridgway, Colorado–based integrative physician who sees MS patients and has the condition herself. Ammon suggests starting with an anti-inflammatory diet that cuts out processed and fast foods—loaded with inflammation-inducing trans fats. Red meat is especially inflammatory, so like McClure, you’ll need to stock your kitchen with fresh (preferably organic) fruits and vegetables—make sure you’re getting some of every color to maximize your intake of inflammation-busting antioxidants. Sensitivities to dairy and gluten will also trigger inflammation, so consider eliminating them from your diet for a few weeks. If your MS symptoms improve, you may want to cut them out long-term.

Some studies suggest that supplementing with omega-3s may slow the progression of MS and reduce relapses by easing inflammation. Omega-3s may even strengthen the blood-brain barrier to prevent immune cells from crossing it, says Mischley. Take 3,000 mg daily of an omega-3 product that contains both of the essential fatty acids DHA and EPA.

Be tenacious about D
Supplementing with vitamin D appears to suppress the autoimmune response involved in MS, Mischley says, and has been shown in small studies to reduce the disease’s severity. Ask your doctor to check your vitamin D blood level quarterly; it should be at least 60 ng/mL. If you’re deficient, it’s safe to supplement with up to 4,000 IU of vitamin D daily, says Mischley.

Explore acupuncture
Although acupuncture’s effect on MS hasn’t been well studied, some patients report that this needling technique improves their physical symptoms, such as fatigue and balance problems, says David Appleton, LAc, a Boston-based acupuncturist. MS sufferer Jean Barg, 60, of Madison, Wisconsin, swears by her weekly acupuncture sessions. “I can definitely tell the difference when I miss a visit,” she says. Appleton explains how acupuncture helps: “Chinese medicine views MS in part as a blockage and imbalance of life energy, or qi,” he says. “Acupuncture helps balance that energy.” (search for qualified acupuncturists. Acufinder.com is another good resource.)

Say good-bye to stress
Having MS can be stressful, but a growing body of evidence suggests that stress itself may worsen the condition and trigger relapses, possibly by increasing inflammation. Stop the cycle by practicing relaxation techniques. Progressive muscle relaxation (PMR)—in which you tense and release each of your muscles while breathing deeply—may be particularly helpful. Recent studies have found that regular PMR improves quality of life and decreases pain in people with MS. Ammon also recommends taking ashwagandha or shatavari; these ayurvedic herbs appear to improve the body’s resistance to stress and may influence the immune system. Choose one and take 600 mg twice a day; you can take either indefinitely.

Get up, get out, do something
Physical activity helps maintain muscle function in people with MS. Gentle forms of exercise like yoga, t’ai chi, and qigong can also lower stress and may improve balance and coordination in those with MS, says Ammon. Just be sure not to overdo it: Some people with MS are sensitive to heat, and their symptoms can worsen if their temperature rises during exercise. Drink plenty of fluids, and slow down your workout if you notice increased symptoms.