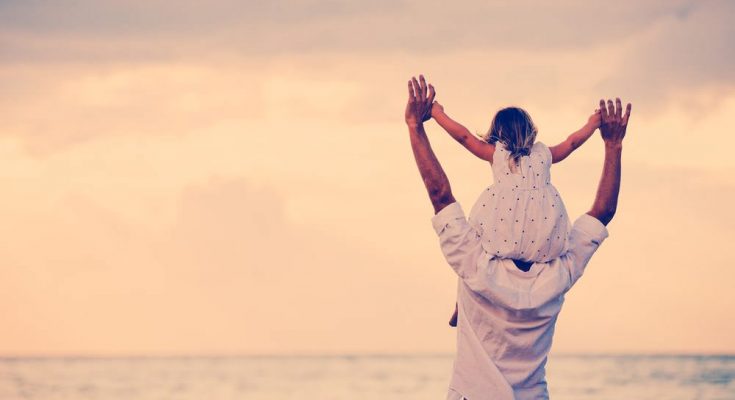 My father died 39 years ago, just a few days after my thirteenth birthday. Since he chose to take his own life, Father’s Day triggered sadness and self-pity for many years.

The more painful truth, though, is that when I learned he was gone, the deepest part of my young heart felt relief for him.

My earliest memories of my handsome, brilliant father—whose hands were once on the cover of Life magazine performing one of the earliest liver transplants—were fraught with mixed emotions. He loved me deeply, and let me know it. Despite that, I could never crack the core of his bipolar disorder-induced despair, no matter how hard I tried.

His suffering was palpable to me and seeped into my own tender skin. So even while I wailed in my mother’s arms upon hearing the news of his death, a small voice whispered, “At least he’s not suffering anymore.”

Years of therapy helped me realize that I could never have made him happy, could never have saved his life. Eventually I stopped counting the days in the run-up to Father’s Day, stopped planning that I would be miserable, and got through the day in a relatively neutral frame of mind.

Six years ago, while recovering from breast cancer, I stumbled into mindfulness practice quite by accident (if you believe in accidents, which, frankly, I don’t anymore).

I discovered that I was spending most of my time focused on the future, with intermittent periods of being mired in the past. I was missing out on the beauty of life in the present moment, the only place where anything real happens, the only place I can take action.

Most shocking of all was learning that I have a choice in which thoughts to buy into. I can allow thoughts that don’t serve me to float away. I can decide what memories to include in my highlight reel.

Learning these truths on an intellectual level is one thing. Unleashing the full power of present moment awareness requires a whole lot of practice. In my own case, nurturing a daily meditation habit has been key to translating theory into results.

My personal experience is in line with the mountain of neuroscience research results on the benefits of mindfulness meditation. Daily practice in the art of carving out a few minutes of stillness to observe my thought patterns has strengthened my capacity for:

Instead of replaying the sad memories that trigger suffering, this Father’s Day my highlight reel will feature these memories:

The times I stood on my father’s feet as a little girl while he danced us around the living room.

The many mornings I watched him slather shaving cream over the stubble of his beard, pull his mouth to one side to stretch the cheek skin tight, and drag the razor through the white foam to clear smooth Zamboni tracks. Once both cheeks and his mustache were done, I held my breath while he shaved the thin casing of his throat.

The smell of his Old Spice aftershave after he shook it from the ivory colored glass bottle with the strange metal stopper and slapped it onto his face. (Those were the days of only one Old Spice fragrance, not the dizzying array of choices my own sons have today.)

The soft amber leather and black stitching of the baseball glove he bought and oiled for me before taking me to a park to play catch. The heft of the softball as I snatched it from the air.

Riding the chairlift with him to the top of a black diamond ski run in Colorado when I was in kindergarten and coming across a mountain goat on the slow descent down. This is a mixed memory, since I was petrified of the difficulty of the run but didn’t want to disappoint him. Looking back, however, I see the confidence he had in me as a gift.

And finally, getting behind the wheel of my father’s car on my thirteenth birthday when he announced it was time for me to learn to drive. My feet barely hit the pedals and I suggested this might not be a good idea, but he insisted. When he died eight days later, I understood.

For most of my life I focused on the irresponsibility of that driving lesson. This Father’s Day, 39 years later, I’m reframing it as the final indication of his love for me. He knew he was checking out, but not before teaching his youngest child to drive.

And those other memories linked to his depths of suffering, the ones I’m not choosing for my highlight reel? Those episodes made me stronger too. They taught me to live my life to the fullest, attend to my mental and physical health, and seek treatment for both when needed. They taught me to cherish the gift of life and loved ones, since you never know how long any of us will be here.

Having a positive highlight reel doesn’t mean burying the hard parts. With practice, we can honor the role of tough times in our lives and let the negative emotions go. Each stepping stone along the way, including the sharpest, most painful ones, shape us in positive ways if we stay open to learning the lessons.

By Martha Brettschneider author of Blooming Into Mindfulness: How the Universe Used a Garden, Cancer, and Carpools  to Teach Me That Calm Is the New Happy.

Martha Brettschneider is a writer, blogger, photographer, and gardener. In 2009, she was diagnosed with breast cancer, which reoriented her perception of body, mind, and spirit. A former international economist at the Treasury Department, Brettschneider transformed from a left-brained business woman to a meditation-touting creative who became a Fairfax, Virginia certified Master Gardener. Brettschneider’s love for the garden manifested itself not only through mindfulness practice but also by serving as a muse for her photography. In 2014, she became an “award-winning photographer” through a “photo-a-day challenge” facilitated by Project365. She currently lives in Vienna, Virginia with her husband, two sons, and her plant-eating golden retriever Apollo (who has also helped teach her the art of letting go). 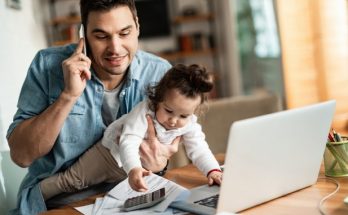 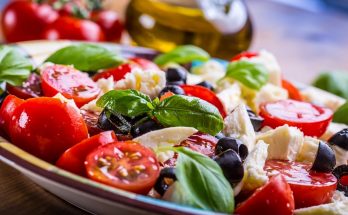