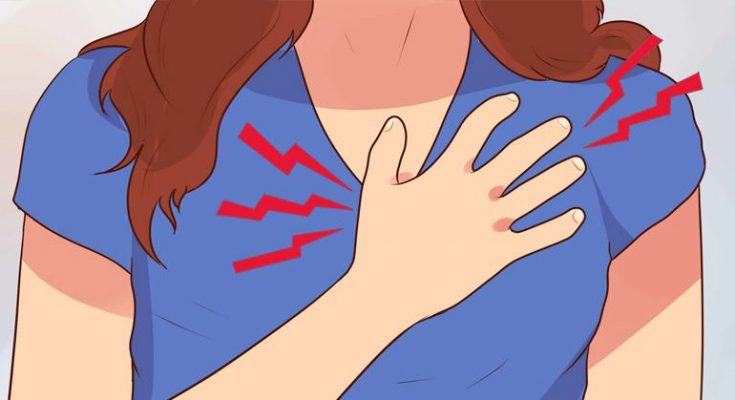 Chronic inflammation is probably best understood and most associated with heart disease. Some professionals have used analogies that compare your blood vessels to some sort of intricate plumbing system. Heart disease isn’t merely a plumbing problem, however. Unlike the drain below the kitchen sink, plaque doesn’t simply build up and clog your pipes—the reality is much more complex.

Blood vessels are active, alive tissues. They have the potential to absorb oxidized low-density lipoprotein (LDL ) cholesterol from the blood, which can damage vessel walls. When this happens, your immune system attempts to heal it; white blood cells dash to the arteries when the blood vessels are breached. The cells attach themselves to the artery wall and eat up the assaulting cholesterol, but damage the arteries in the process. This response is inflammation, and that inflammation can even cause the plaque to rupture. At worst, this could turn into a blood clot and result in heart attack or stroke. As you can imagine, smoking and high blood pressure worsen this.

Obesity has long been on the list of things damaging to one’s general health, but more recently we have learned the specific causal mechanism. Sure, we have scientifically proven relationships between obesity and some of the biggest killers out there: cancer, heart disease, and Alzheimer’s, among many. But why?

Obesity, as it turns out, promotes a low-grade inflammatory response within many of the body’s tissues. Fat cells—particularly those in the visceral fat that settles in the belly and around organs—were long thought merely to store excess weight. But Peter Libby, chief of the division of cardiovascular medicine at Brigham and Women’s Hospital in Boston and a professor at Harvard Medical School, compares fat cells to small factories churning out inflammatory molecules known as cytokines. In staying obese, the body is maintaining a state of inflammation, which causes a progressive state of decline. This link shows how being overweight can lead to the untimely development of disease.

According to the National Institute for Health, considerable evidence gained over the past decade supports the conclusion that neuroinflammation is, in fact, associated with Alzheimer’s disease.

Up until the 1980s, the brain was assumed to be an immunologically isolated organ. Since then, there has been documented evidence of the presence of immune-related cells around plaque in Alzheimer’s patients’ brains. In the 1990s, additional findings of cytokines (specific pro-inflammatory proteins) and a wide range of related receptors in the brains of AD patients led to the concept of neuroinflammation.

Is inflammation a consequence of Alzheimer’s, a cause, or both?

There is evidence for inflammation being a contributor to the disease, according to a recent study from Alzheimer’s Research and Therapy. They note that AD patients with short-term peripheral infection show signs of sudden decline in cognitive state, and rarely return to the previous level even after recovery from the infection.

Inflammation could contribute to the course of AD in two ways. First, it acts as an initial, innate immune response to the changes in the AD brain. In the periphery of the brain, the immune system generates a nonspecific response to an invading pathogen or cell stress. This is the general first-line defense mechanism. Inflammation is part of this initial acute immune reaction, which is strong but short-lived. But long exposure to ongoing inflammation signaling, even at low levels, can bring about gradual neurodegeneration that might be more difficult to stop or reverse than acute inflammatory episodes.

Being smart about your diet and maintaining a consistent exercise regimen goes a long way in silencing the fire within. You can avoid health complications from major diseases and eliminate chronic inflammation by having this preventative plan in place.