When people think of heavy metal, they think of loud guitars and searing vocals, but these heavy metals are different. They are quiet, stealthy: in short, heavy metals in the body are silent killers.

They enter our bodies through the food we eat, the water we drink, the things we touch, and the air we breathe. Heavy metals slowly accumulate in elimination organs such as the kidneys, liver, and pancreas, and can even invade the central nervous system and the brain. Over time, this toxicity can cause many health problems, most of which are misdiagnosed, never being associated with heavy metals. Among the health problems are mental retardation in children, dementia in adults, central nervous system disorders, kidney and liver diseases, insomnia, personality changes, emotional instability, depression, panic attacks, memory loss, headaches, vision disturbances (including peripheral neuropathy), excess salivation, excess sweating, and lack of coordination (ataxia).

The good news is that there are steps you can take now to clear the heavy metals from your body. But first it is important to know sources of heavy metal exposure so you can avoid them.

Amalgams: One of the primary sources of mercury toxicity can be found in dental amalgams or “silver” fillings. These fillings release harmful and toxic mercury into the body every time we take a bite of food! Mercury has been found to be highly dangerous to the brain—in time it can actually eat away the myelin sheath protecting the nerve tissue. It is also a source of food for candida, making an overgrowth almost impossible to get rid of unless you clear this heavy metal from the body.

If you want to have your silver fillings removed, you should consult a biological dentist who knows how to safely and effectively remove mercury fillings. Normally these dentists will suggest replacing these fillings with porcelain. To find a dentist who specializes in amalgam removal please visit bit.ly/1daDixO.

Vaccinations: Thimerosal is a preservative that is still found in many vaccines. The CDC claims that vaccinations no longer contain this harmful substance, but it is important to note that pharmaceutical companies were not totally prohibited from using thimerosal. Thimerosal contains 46.9 percent ethyl mercury.

Currently 17 vaccinations contain thimerosal, including the popular flu shot. The good news is that new vaccinations are being created without the use of thimerosal. Before getting vaccinated, make sure that you are getting the least possible amount of thimerosal or choose a vaccine that does not contain this preservative. Keeping the immune system healthy by implementing antimicrobial and immune boosting supplements is sufficient in most cases. Studies have also been done that demonstrate a potential connection between vaccinations and autism and other neurological conditions.

Fish: Mercury toxicity has also been found in some species of fish including shark, swordfish, mackerel, tile fish, and the larger tuna species. The larger the fish and the higher on the food chain, the higher the risk of mercury contamination.

Cadmium: Contamination can come from cadmium batteries, industrial processes, and mining. Most recently it has been found in some toys from other parts of the world where less rigorous safety standards are required.

Arsenic: Arsenic is a toxic metal commonly found in rodent poison and pressure treated lumber. Arsenic-laced (or CCA) pressure-treated lumber was common before regulations halting its manufacture after January 1, 2004. Utility poles and railroad ties are also a common hazard. Contamination from cutting this wood with power saws or touching it with the hands is common. Anything made from this toxic wood—including play sets and patio decks—is very dangerous for children. Even touching CCA pressure-treated lumber with bare hands or bare feet can cause toxic arsenic poisoning.

Other areas of contamination: Contamination from a variety of heavy metals—including those listed above—can also come from industrial exposure, the manufacturing of paints and dyes, mining, unapproved chemicals, untested water wells, and even untested natural spring water.

Heavy metal toxicity appears in the blood, urine, stool, hair, organs, and bones of those who have an unhealthy level of exposure to these metals. Be on the lookout for symptoms as these will give the first clue of contamination. The following tests are available to check for the presence and levels of heavy metals.

Challenge testing is done by administering a chelating agent and then measuring the amount of heavy metals found in the stool or urine.

Urine testing measures the excretion of 15 nutrient elements and 20 toxic metals such as lead, mercury, and arsenic. This test is ideal for patients who are suspected of heavy metal toxicity as well as possible nutrient wasting.

Hair analysis examines the hair for toxic exposure to a variety of heavy metals. An exposure profile can be created that assesses the level of 22 potentially damaging elements. Hair follicles are exposed to the body’s blood supply during their growth, so element concentrations in the hair reflect concentration in other body tissues. If levels are found to be elevated, dietary and lifestyle interventions—along with detoxification and supplement usage—are implemented to reduce the toxic burden. Retesting every few months helps provide one with an indication of how successful they have been in removing toxic metals.

There are a variety of ways and methods to detoxify the body of heavy metals. Some can be done at home, while others must be done under the supervision of a medical professional.

Clay baths: Chemical toxins and heavy metals have been shown to hinder absorption of food and supplements. These toxins can also be an underlying factor in digestive problems, parasites, leaky-gut syndrome, allergies, depression, memory problems, and many other disease processes.

Clay baths have been used for centuries for their health-promoting benefits as they effectively remove heavy metals, pesticides, and various other toxic substances through the skin. The best clay is bentonite clay, one preferably with little or no aluminum, and no chemical emulsifiers. This treatment can be done at home.

DMSA (dimercaptosuccinic acid): DMSA is a popular chelator used by doctors to chelate metals such as mercury, arsenic, and lead for safe removal from the body’s tissues. (Chelation occurs when the chelating substance reacts with a heavy metal rendering the metal harmless and inert—it can then be safely excreted from the body.)

It is available both in intravenous and oral form. The oral form is known as Chemet. This chelator has been shown to cross the blood–brain barrier and therefore is effective at removing heavy metals from the brain. Because of this capacity it should be considered after removal of dental amalgams. It can also be used with existing amalgams to help remove toxicity in the body and should be done periodically as fillings continue to leach mercury into the system.

EDTA (edetate disodium): This chelator is commonly used to chelate calcium from the arterial system, helping to reduce hardening of the arteries. It has been found to be effective in the removal of aluminum and other metals as well. It is available orally, intravenously, and as rectal suppositories.

EDTA suppositories have the advantage of cost effectiveness and in-home convenience. This method utilizes a suppository containing EDTA, which is administered rectally at bedtime. Since the body’s normal elimination of heavy metals is through the feces and urine, this method tends to be very effective. It is also gentler and safer for children as well as sensitive adults.

Studies have shown that EDTA suppositories are able to effectively remove lead, mercury, nickel, cadmium, arsenic, barium, uranium, and aluminum. Because EDTA not only captures heavy metals but can also bind to minerals, it is important to supplement with an adequate intake of minerals and trace minerals. Although uncommon, a disadvantage of EDTA is the possibility of redistribution of these toxic heavy metals to other areas of the body.

Intravenous vitamin C: This remedy has been used by dentists to detoxify mercury from the colon during amalgam removal. It has also shown promising results in removing lead and aluminum. Oral vitamin C is also an effective heavy metal detoxifier, but reaching adequate dosing is difficult due to bowel intolerances. Lypo-Spheric Vitamin C is also a great alternative as it is highly absorbable, gently slipping across the intestinal wall into the bloodstream.

Cilantro: This herb has been shown to remove mercury, cadmium, lead, and aluminum in the bones and central nervous system. It also aids the liver in detoxification and supports organ function, including the pancreas and intestines.

N-acetyl cysteine (NAC): NAC is a sulfur-containing essential amino acid. This amino acid is a potent antioxidant and aids in detoxifying many harmful chemicals such as cigarette smoke, pollution, and alcohol. Cysteine also binds to heavy metal toxins for safe removal from the body.

Other oral chelating agents: Oral chelating agents work well for removing toxicity. This method is convenient and safe for those with heavy metal accumulation who cannot tolerate intravenous chelation. Alfalfa, apple pectin, coenzymes A and Q10, and garlic capsules are all good options.

We can all choose to expose ourselves to less heavy metals through the fillings we get, the foods we eat, and the water we drink. On top of that, we can all take steps to detoxify our bodies from whatever heavy metals are already inside of us. Heavy metals are a real problem, but through prevention and detoxification, we can all reduce our toxic load and live longer, healthier lives. 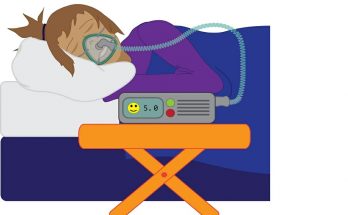 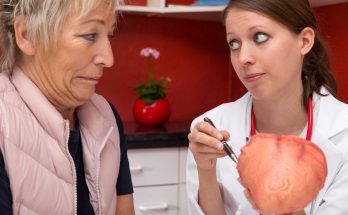