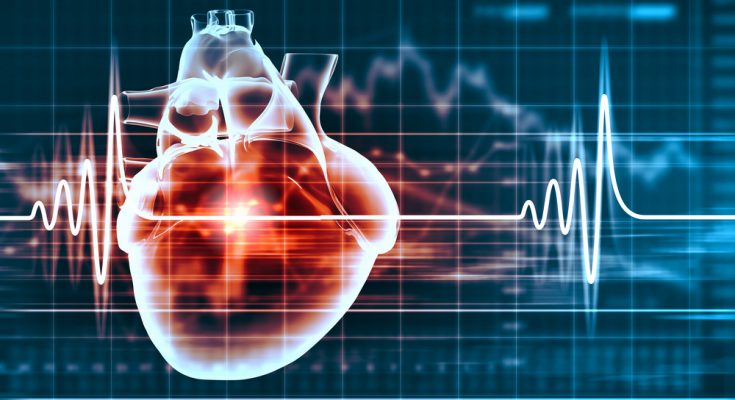 We don’t need researchers to tell us that stress is rampant in the US. But in its 2009 Stress in America study, the American Psychological Association found that 24 percent of adults are experiencing high levels of tension—and 42 percent of us were more stressed out last year than the previous year. And it’s not just because of the recession, traffic jams, and rat-a-tat pace of grim news headlines—it’s how we handle the challenges of daily life. “Western cultures are more and more isolating to the individual, and families are moving far distances from each other, so we’re increasingly in the position to manage our stress in isolation,” says Jill Evenson, ND, president of the Wisconsin Naturopathic Physicians Association. “We are faced with so many decisions and choices that we must engage in the short-term stress response frequently, and there is little opportunity for things to return to the state of rest.”

Over time, these short-term stress responses can pile up to produce a state that New York City’s Roberta Lee, MD, author of The SuperStress Solution (Random House, 2010), calls “superstress”—a chronic illness that taxes nearly every part of your body, from your decision-making processes to your bones, liver, and cells. “You get headaches, your libido drops, your memory goes, and you’re excessively tired,” says Lee, listing some of the more common stress symptoms.

Even more serious, stress can wreak havoc on your cardiovascular and immune systems. “Stress, by far, is one of the biggest things that gets in the way of your health,” says Michael Smith, ND, of the Carolinas Natural Health Center in North Carolina. “And most of us don’t realize just how stressed we really are.”

When you are physically, mentally, or emotionally overloaded, your brain triggers a release of hormones, including the glucocorticoids adrenaline and cortisol, from the adrenal glands. For anyone who’s ever felt the rush of meeting a deadline on time or completing a challenging project, stress—that little burst of adrenaline—can seem like a good thing. And it can be, says Evenson, because after we successfully complete a task with the “fight-or-flight” response, stress hormones decrease back to normal levels. Also, mild to moderate short-term stressors enhance memory, make us feel less pain, and release pleasure-providing dopamine, writes Stanford University stress expert Robert Sapolsky, PhD, in Why Zebras Don’t Get Ulcers: The Acclaimed Guide to Stress, Stress-Related Diseases and Coping (Holt Paperbacks, 2004). But when you continually confront traumatic situations out of your control, the flight response turns to constant fight in the body.

Here, experts shed light on that fight and what you can do to win the stress battle naturally.

>> Breathe. “It can be as simple as three long breaths while sitting at your desk,” says Smith. “That oxygen is going to help nourish your body—your muscles and organs—and provide stress relief.” Slow, relaxed breathing calms the autonomic nervous system, producing more energy, better immune function, and lower blood pressure. Start aiming for 25 deep breaths a day; whenever you notice the clock tick forward to another hour, take three long breaths.

>> Move more (even a little bit). “Even though exercise stresses, or challenges, your body, it does so in a nourishing way,” says Evenson, explaining that exercise lowers levels of norepinephrine/epinephrine (adrenaline), helping turn off the sense of alarm you get when these chemicals are present. Your lungs also receive more oxygen, the muscles get nutrients, and the immune system “cleans house,” thanks to muscle contractions that move lymphatic fluid back to the organs of elimination, helping your digestive system and metabolism. But you don’t have to grumble through a lifeless exercise routine at the gym. “My personal favorite is dancing,” says Evenson. Also, try parking in the farthest spot from the grocery store or office door to increase how many steps you take per day. Or set a goal of doing 100 push-ups and 100 sit-ups each day. Start with 25 of each exercise (perform push-ups with your knees on the floor, if necessary) and add 5 more of each every day to help reach that goal.

>> Change your diet. It may feel like a natural instinct to reach for chips, candy, soda, or alcohol when you’re stressed, but as Smith explains, these items only worsen stress by increasing oxidative damage in your body. “Your body now has to work twice as hard to purge existing stress, as well as oxidative damage from poor dietary choices,” says Smith, who advises that anxiety-prone people stock their fridges with berries and other antioxidant-rich, brightly colored produce in order to counter this damage. “Green tea is also really beneficial for calming and relaxing the body,” he says, so strive to drink one cup every day. Even the ritual of putting the kettle on can calm you down, according to a 2009 study by London psychologists. And in a study presented at the American Academy of Neurology’s 2010 meeting, the Mediterranean diet (rich in fruits, vegetables, monounsaturated fatty acids, and whole grains) was found to help people better handle potentially stressful situations.

Stress and Your Body

>> Brain: You’re not just imagining that fuzzy-brained feeling you get when you’re stressed: Glucocorticoids secreted by the body during times of crisis can damage the hippocampus—the part of the brain that controls long-term memory and spatial navigation—says Sapolsky. A study published last year in Biological Psychiatry found that stress alters the structure of nerve cells, resulting in behavioral consequences such as depression.

>> Breasts: Stress, specifically the type associated with social isolation, may make women more than three times more susceptible to developing breast cancer, says a study published in a recent issue of the Proceedings of the National Academy of Sciences.

>> Liver: This organ metabolizes food into energy, removes alcohol from the blood, and produces bile to aid digestion. Stress can hinder these daily processes, while glucocorticoids can cause inflammation in the liver, increase the risk of liver cancer, and worsen liver diseases, according to a 2006 study published in the Journal of Gastroenterology and Hepatology.

>> Bones: Stress produces inflammation, which prevents calcium from being absorbed by the body, says the National Osteoporosis Foundation. Stress also causes your number of osteoblasts—cells that build bones—to decrease, reducing bone density and your body’s ability to repair and grow skeletal mass.

>> Heart: The chronic stress felt by victims of Hurricane Katrina contributed to a threefold increase in heart attacks in New Orleans, announced Tulane University School of Medicine researchers at the American College of Cardiology’s Scientific Session in 2009. What’s more, a new Swedish study found that men who bottle up their anger at work are more than twice as likely to have a heart attack or die of heart disease as those who find a release for their stress.

>> Abdomen: High cortisol levels from stress make us more prone to belly fat, which can contribute to blocked arteries and metabolic syndrome (a risk factor for type 2 diabetes and heart disease), according to a 2009 study from Wake Forest University. Your gastrointestinal system suffers from stress, too: In 2009, the US Navy and State University of New York discovered that high-stress jobs are associated with diarrhea, irritable bowel syndrome, and other GI disorders.

>> Sexual and reproductive health: By raising levels of glucocorticoids, stress decreases levels of gonadotropin-releasing hormone (GnRH), the body’s main hormone responsible for ovulation, sperm count, and sexual activity. A new study from the University of California, Berkeley shows that stress also increases the gonadotropin-inhibitory hormone (GnIH) that further inhibits GnRH and can cause reproductive dysfunction.

>> Skin: Remember that pimple you got right before prom? By flooding the body with hormones, stress can trigger not only acne, but also fever blisters, eczema, and rosacea, according to the American Academy of Dermatology. A 2008 study by McMaster University found that chronic stress can aggravate immune cells, causing skin irritation.