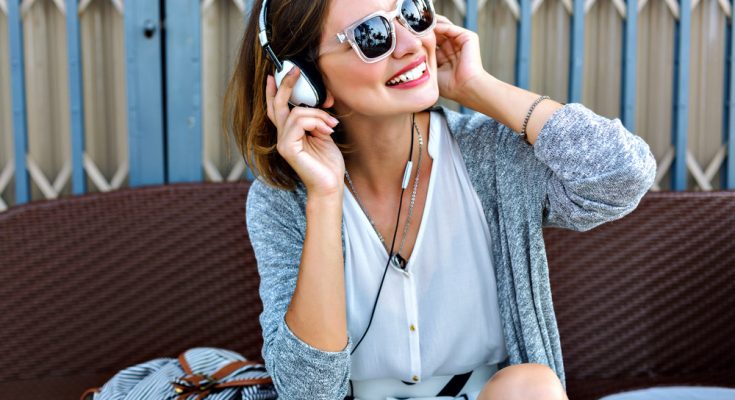 Your mind is a powerful instrument. You are born with a melody in your brain, a song capable of keeping you balanced, which brings you peace from within and shapes your neurochemistry. In fact, all of us can use music to enhance and stimulate both physical and mental performance—as well as create positive change in our everyday lives.

Through the proper use and balance of music, we can learn to remain mentally sharp, increase peak performance, alleviate stress, reduce insomnia and anxiety, and even fight addiction.

Next to the sense of smell, music is the fastest, most user-friendly way to influence and reset our brain networks without using external substances or drugs. The effects are virtually immediate: When we hear a song or musical piece, the brain immediately generates the feelings, thoughts, and memories we associate with that particular piece of music. Think back to your high school days and the songs that impacted you then: songs associated with friends, special experiences such a school dance or a trip, and songs that may have accompanied a new romance. When we hear those songs, we instantly recall memories of those moments in our lives. That music lives in our minds—and it not only evokes memories from our past, but also has the ability to alter our mindset in an instant.

In just a millisecond, music can alter patterns in our brain waves. Blood flow and oxygen increase in different areas of the brain when sound transmitted to the inner ear is broken down into a wide spectrum of frequencies; this generates the feelings, thoughts, and memories that we experience when listening to a particular piece of music. The effects are powerful both in intensity and the changes they trigger.

By creating our own “playlists” of music—and selecting songs that create positive responses within us—we can actually regulate our mood, attitude, and stress levels. If you feel pleasure from listening to a piece of music, then it’s possible for you to use that music as a tool to lead you to increased feelings of comfort, satisfaction, and happiness in specifically targeted situations. With a little practice, it’s possible to “train” your brain to automatically start sending instructions throughout your mind and body to create those feelings. Philosophically, psychologically, and physiologically speaking, you will find yourself living in a positive flow.

After years of studying the effect that music has on the brain, I wrote a book on the topic: Your Playlist Can Change Your Life: 10 Proven Ways Your Favorite Music Can Revolutionize Your Health, Memory, Organization, Alertness, and More. My goal? To shed new light on the influential role music plays in our lives.

I recently met a woman who, through hearing a song, experienced a dramatic and life-changing experience. Marcia Gloster, an author, artist, and graphic designer, was in the process of screening several hundred photos from a fashion shoot on the day of her “experience” in 2011. Although it was a frigid winter day, Gloster decided that she needed to get some fresh air. Choosing a small clothing store 10 blocks away from her apartment as her destination, she thought she would walk there, warm up, and return to continue her work.

As she entered the store she heard a song, one that wasn’t familiar yet inexplicably resonated with her. When she stopped to listen, she suddenly saw a flash of white light: a vision in her mind of the first time she met a man who had been an important part of her earlier life. What she visualized was the man standing in a doorway, exactly where she had first met him decades before. She also saw a young woman—herself at 20—standing in deep shadow in front of him.

This vision lasted only a fraction of a second, but it startled her. Having no idea what had just occurred, Gloster left the store. As she did, she became aware that she had a name for a book and the entire first page as well. It was a story she knew well, and one she had kept secret for more than 40 years.

Confused, she practically ran home and, without thinking, began to write. Although she had experience writing formal documents—marketing reports, proposals, etc.—she had never written anything resembling a book. But nothing could stop the outpouring of memories, words, and the story from her summer in Salzburg, Austria, in 1963: the year she was 20 years old.

The first day Gloster arrived in Salzburg, she went to register at The School of Vision, an academy of fine arts overseen by the famous Austrian expressionist painter Oskar Kokoschka.

As she was searching for her painting studio, she found herself in a long corridor. Halfway down, she noticed a man standing in a stone-edged doorway talking with another student. He turned as she approached him and welcomed her to his class, introducing himself as her instructor. His eyes met hers, and just for a moment, time seemed to stop. Gloster’s reaction, however, was not infatuation but one of caution. She knew it wasn’t so much his looks that attracted her; he radiated a sensuality that she knew she was too young—and far too inexperienced—to handle.

After talking with new friends at the school, she was quickly informed that not only was her instructor almost twice her age, he was also married, had a mistress, and was known for seducing his young female students. They warned her to stay away from him. She resolved to listen to the warnings as well as her own cautions; yet, it was only days later, with all resolve gone, that she found herself in his bed. That was the beginning of what became a volatile yet passionate relationship that ultimately involved not only Gloster and her instructor, but many of the other students and instructors in the school as well.

Gloster’s story, 31 Days: A Memoir of Seduction, gives the reader a glimpse into Kokoschka’s famous—and infamous—school, and paints an intimate portrait of the artists with whom Gloster shared those seductive Salzburg nights. Two decades after WWII, she observes the tensions and mysteries of an era in flux. Above all, she exposes the naïve curiosity of a young art student willing to take chances and discover a new world of love and sexuality. That was the story unleashed by an unknown song on a cold winter’s day.

Talking with Gloster about what had happened in the store proved to be right on topic with my own book; though unfamiliar, the song Gloster heard nevertheless triggered a memory—the one that manifested in the vision she had experienced. Our memories are stored in what might be called our own special filing cabinets. Once that first drawer is unlocked, all the rest begin to open, spilling out memories until they become a waterfall.

Let’s interpret the song Gloster heard in the clothing store: “Summer Wine,” sung by Nancy Sinatra and Lee Hazelwood. This is a song of seduction; a young woman is offering wine made of “strawberries, cherries, and an angel’s kiss in spring” to an older man she’s trying to seduce. Although in reality it was the man who first seduced Gloster, the basic theme was powerfully seated in her unconsciousness and waiting for the right moment to be unlocked. The song became a virtual key to unlocking layers of memories she had unconsciously stored for decades, whereas the physical act of writing played a significant role in augmenting the release of those deep memories.

In writing what would become “31 Days,” Gloster found herself reliving the moments of joy, sadness, anxiety, and love she had experienced that summer. Every morning as she prepared to write, she played “Summer Wine,” knowing it would not only inspire her, but also continue to renew her memories and motivate her to continue writing. She also played the songs her instructor had shared with her in Salzburg and her own jazz records from when she returned home that summer. As she wrote, she listened only to music that was evocative of her story.

Gloster’s response to the song she heard and the music she played as she wrote invites us all to unlock the mind from deep sleep and allow free expression, creativity, and love to rise to a completely new level. We know that music can be used to help us feel alive and create our own choices, which is essential as we move through life. When we live this way, we feel more balanced and blissful, less afraid of rejection, and more interested in participating in life’s endless creative possibilities. 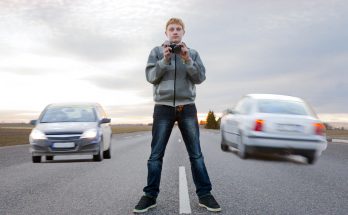