The California Department of Public Health (CDPH) has reasserted its stance on one of the most controversial and potentially revolutionary health discoveries of recent history. On July 6th, it released a confusing statement of opposition to the sale of CBD.

CBD, also known as cannabidiol, is a compound derived from the cannabis plant. It has numerous reported benefits—helping those suffering from addiction, chronic pain, anxiety, and even epilepsy.  In most cases, CBD products will not get you high and have few negative side effects, all of which are mild.

The CDPH has prohibited CBD almost entirely. Though their FAQ focused on CBD as a food additive (in honey, drinks, edibles, etc.), they also added CBD dietary supplements to their banned list.

The CDPH needs an evolved and clarified approach to this booming industry, or both the Californian consumers and small businesses will be the first to suffer.

From now until California adopts common-sense law on the matter, the only leeway CBD-sellers get is if their CBD is derived from THC-rich marijuana.

THC is the psychoactive compound that causes a high, which is the primary reason marijuana legalization is so controversial. It’s also the reason you have to be 21 years or older to purchase marijuana in the state of California and the only way the consumption of cannabis can lead to being charged with a DUI.

The state that recently legalized marijuana has, for no recognizably good reason, decided to take a stance against marijuana’s much safer little sister. This must be rooted in either intellectual laziness, misinformation, or maybe something more nefarious.

What does this all mean? Who is most affected? And most importantly, what does it mean for the consumers who depend on CBD to get through the day without crippling arthritis or those who have found it to be the only safe and effective treatment for their child’s seizures?

It means their ability to purchase this much-needed, non-toxic supplement just became a lot more difficult. Their only options are to purchase it from the stores that continue selling CBD despite the recent announcement, purchase it out of state, or purchase marijuana-derived CBD.

Essentially, the Department of Public Health is telling the people of California that if they want the medicinal benefits of cannabis, they’re going to have to get high or go out of state.

Besides the wellbeing of consumers, another casualty of this bizarre statement is the health of California’s small businesses. With the CBD industry expecting to bring in over $1 billion in sales by 2020, California is cutting itself, its businesses, and its people out of the deal. But it’s not too late to change.

After a year of confusing statements and laws, the Indiana state government rose above the misinformation and agreed on the legalization of CBD, as long as it met certain standards. So instead of silent neutrality, which California has already opted out of, and instead of opposition, they were able to get involved in a way that promoted their people’s best interest. This would be an easy path for California to take and would only require moderate flexibility.

Perhaps CBD is not properly understood by those reviewing these issues within the CDPH. In their statement, they consistently used the phrase “industrial hemp”. All the top manufacturers of CBD produce their CBD from special strains of the hemp plant specifically grown to be high in CBD. They don’t use industrial hemp. This error and others reveal their ignorance.

Perhaps they’re promoting the interests of pharmaceutical companies, which stand to benefit from anything that impedes the rise of CBD. After all, this one compound shows enough promise to threaten the sales of many industry-leading pharmaceutical drugs, including opioids.

Whatever their reasons, these confusing stances are mostly hurting those with moderate or severe illnesses who want to pursue an alternative without chemicals and scary side effects. Their wellbeing is the primary cost of these regulations, and it’s a cost the CDPH should not be willing to pay. 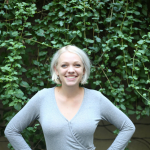 Hannah Smith is a writer and photographer based in Fort Collins, Colorado. She received her Bachelor’s in Media,

Culture, and the Arts from The King’s College in New York City. Her primary topics of interest include criminal justice reform, health and wellness, restorative practices, and peace building. She is the youngest daughter of Joy Smith, who recently founded a company that sells pharmaceutical-grade CBD products. Visit JoyOrganics.com to learn more.

8 Options for Treating Depression Without Medication

What Alcohol Actually Does To Your Body: The Things You Don’t See…