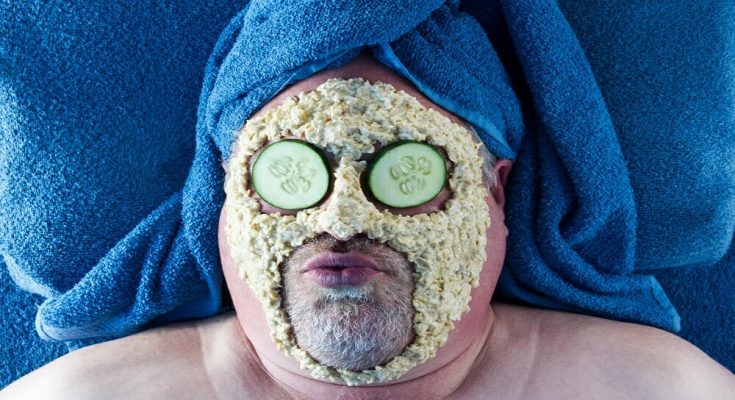 If you think oatmeal is just for breakfast, think again. Since ancient times, healers have recommended oats for more than just relieving sustenance and constipation. Oats have been long-recognized as a healing treatment for a number of skin conditions. When added to a warm bath, oatmeal can soothe and treat everything from eczema to swimmer’s itch. If you’ve never thought of putting oatmeal in your bath water, then here are seven reasons why you probably should.

A long-recognized treatment for dry and itchy skin

Legend has it that Cleopatra used ground oats in her skincare regime. In fact, the ancient Egyptians were among the first people to recognize the soothing effect oats had on the skin. Since then, oatmeal baths have long been recommended for people with a variety of skin ailments. But it wasn’t until June 2003 that the U.S. Food and Drug Administration (FDA) officially approved colloidal oatmeal as an effective and safe ingredient to treat skin conditions such as eczema, dermatitis and rashes. Colloidal oatmeal simply refers to oats that have been finely milled and then suspended in liquid or gel.

Polyphenols in oatmeal soothe the skin

Research points to polyphenols called avenanthramides — found mainly in oats — for their ability to soothe itching and irritated skin. A study from the Center on Aging at Tufts University in Boston found that avenanthramides exhibit anti-inflammatory, antiproliferative and anti-itching activity. Polyphenols may provide additional protection against coronary heart disease, colon cancer and skin irritation.

More than likely you’ve seen oatmeal-based creams, bath products and moisturizers on drugstore shelves that contain colloidal oatmeal. Oats contain molecules which have a gel-like texture when combined with moisture. Dermatologists often recommend oatmeal-based body washes to their patients with eczema, psoriasis and other skin conditions. But you don’t need expensive lotions, creams or bath products to relieve your skin ailments. A bag of oatmeal is really all you need.

Topical corticosteroids are the first-line treatment for eczema, and have been used widely for decades to treat various inflammatory skin conditions. But when applied daily for long periods of time, topical corticosteroids can produce unwanted side effects, suggests DermNet NZ. Some of these include:

Oatmeal baths are incredibly healing and may even help to reduce the need for high-potency topical corticosteroids. A study by Johnson & Johnson found that colloidal oatmeal is a safe and effective, and no allergies were reported by consumers of 445,820 products sold during a three-year period.

Oats impart a protective layer over the skin’s surface, which helps retain its natural moisture. During your oatmeal bath, the natural starches in oats will absorb water and bind to your skin. And the polyphenols or avenanthramides will work to relieve your dry skin. Avenanthramides can also reduce inflammation and itching caused by scratching dry skin. An oatmeal bath will leave your skin feeling soft and silky.

Takes the itch out of mosquito bites

You may not have considered taking a soothing oatmeal bath to relieve the itch of mosquito bites. But this old remedy is a great way to get relief. In addition, the anti-inflammatory, antiproliferative and anti-itching properties in avenanthramides will reduce swelling.

Diaper rash is a common symptom among newborn babies, infants and toddlers in diapers. It mainly happens when a wet diaper causes friction against the baby’s skin, irritating it enough for a rash to form. It may look severe, but luckily, it’s treatable and preventable. When it comes to preventing diaper rash, the best thing you can do for your baby is changing his or her diaper on a regular basis.

A warm oatmeal bath made for your baby will ease the pain from a diaper rash. Oatmeal works to soothe and dry the skin. Let the baby sit in the bath for 10 minutes and just enjoy the water. Just make sure to dry him or her gently and thoroughly afterward.

When the sebaceous gland produces too much oil or sebum, it can clog pores and cause bacterial infections, resulting in acne. Unfortunately, all pores can become clogged, including pores on the back, leaving you with back acne or “bacne.”

Swimmer’s itch, also called cercarial dermatitis, is a skin rash caused by swimming in lakes, ponds or oceans infected with certain parasites. These microscopic parasites are released from infected snails and are found throughout North America and the world. After swimming in contaminated water, you may experience tingling, burning or itching of the skin.

Small reddish pimples will appear within 12 hours, and subsequently small blisters. Itching can last up to a week or more, but will gradually disappear. Meanwhile, to relieve itching associated with swimmer’s itch, have an oatmeal bath daily for at least 15 minutes.

One Comment on “7 Healing Reasons To Take An Oatmeal Bath”