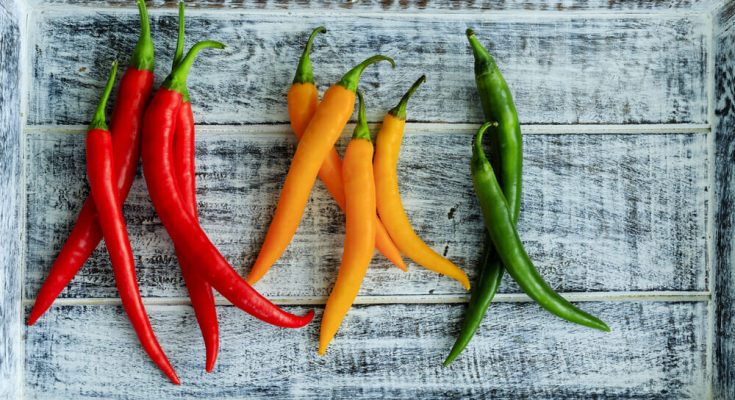 Whether you like your food mild or off-the-charts spicy, here are five of our favorite hot peppers, arranged in order of pungency. Just remember: The spicier the pepper, the more capsaicin it contains, so for the biggest health kick, reach for the hottest chili you can handle.

Poblano
Known as an ancho chili when dried, the poblano is relatively mild but has enough spice to add kick to any dish. This pepper is loaded with vitamin A, riboflavin, vitamin B6, iron, and potassium. One single chili contains 15 percent of your daily value of dietary fiber.
Try it: The large size and thick skin of poblanos make them ideal for stuffing. Fill the peppers with cooked quinoa, onions, black beans, and a pinch of cumin, then bake in a 400-degree oven for 35 minutes.

Jalapeño
Like all peppers, jalapeños can be made less spicy depending on how hot you like your food. A chilis heat originates in its white ribs, where most of the capsaicin is stored, so to lessen the heat, pare away as many ribs as possible before adding the pepper to food. Although you’ll consume less capsaicin, if your food tastes hot, you’re still ingesting the spice.
Try it: Blend the smokiness of jalapeño with the mellow taste of corn by adding a few chopped peppers to polenta. Or make jalapeño pesto by mixing minced peppers with cilantro, garlic, and pine nuts; serve over pasta or seafood.

Cayenne
Cayenne is a common additive to self-defensive pepper spray, so consider wearing gloves when handling these fireballs (or any hot chili, for that matter). Also known as red pepper, cayenne is a good congestion fighter, says Britta Zimmer, ND, a naturopathic physician in Hilo, Hawaii. To relieve nasal stuffiness, stir a pinch of cayenne in herbal tea.
Try it: Take a note from the Aztecs, and add a little cayenne powder to hot chocolate or any other chocolate dish to bring out the best of both flavors.

Habanero
This bell-shaped pepper, 20 times spicier than a jalapeño, is not for the faint of heart. That said, habaneros can be especially beneficial to those with heart and other circulatory conditions due to their increased capsaicin, says Zimmer.
Try it: Those who can tolerate habanero rave about its sweet apple- or apricot-flavored undertones. Fold a few pieces of deseeded, chopped habeneros into a bowl of ice cream the fat in the cream will help tame the spiciness.

Can’t Stand the Heat?
Just because you can’t take the heat doesn’t mean you have to get out of the kitchen. Also known as sweet peppers, bell peppers are technically still chilies, but don’t contain capsaicin and have a 0 rating on the Scoville Units scale that measures chilies heat. But bell peppers still offer plenty of dietary fiber, minerals, and vitamins, including vitamins B6 and K, making them a healthy addition to salads, stir-frys, and salsas.

People often think of oranges as being good for vitamin C, explains Britta Zimmer, ND, a naturopathic physician based in Hilo, Hawaii. But bell peppers have three times the vitamin C of oranges. While all bell peppers are stocked with nutrients, red peppers have more beta-carotene, vitamin C, and lycopene, which has been linked to a reduced prostate cancer risk. Lycopene is more active when cooked, so roast red pepperes before adding them to your favorite Mexican-inspired dish, like fajitas or tacos.

Cool It Off!
If you’ve bitten off more pepper than you can handle, try eating a spoon of full-fat yogurt. The fat mixed with the milk protein casein helps dissolve the pain-inducing capsaicin. Yvonne Nienstadt, nutrition director at Mexico’s Rancho La Puerta Fitness Report and Spa, recommends wearing gloves or rubbing your hands with oil before cutting or cooking with peppers, but milk works also if you inadvertently get some chili on your skin.

Did you know…
Chili peppers belong to the capsicum genus, part of the nightshade family that includes tomatoes, potatoes, and eggplant? 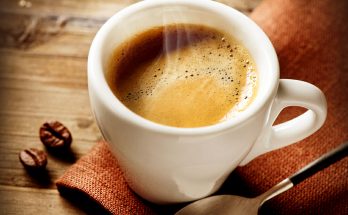 Five Ways to Supercharge Your Coffee 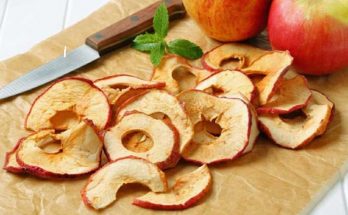 Best Foods to Dehydrate for a Snack Time 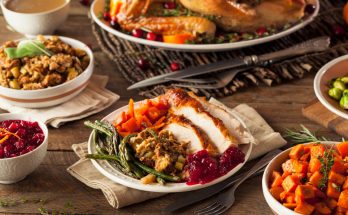